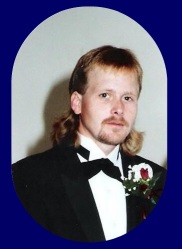 My conclusion is this:

Rebecca Nelson would not pass a polygraph.

She is deceptive about:

1. Their relationship was violent, and Rebecca is a violent person herself.
2. Money. this is a major theme and when the last of his money was gone, she was done with him. (She likely had not only spent but stolen)
3. His depression
4. Alcohol
5. I think she may have been unfaithful to him. This is significant.

I don't know how the investigator missed these cues; only that he caught the nonsense of "never" argued.

She is a violent person. Note the language of how "normal" she is after an altercation.

The interview is very poorly conducted and she would NOT pass a polygraph. There was either a struggle over the gun, or she directly shot him. As she reports it, it DID NOT HAPPEN.

I cannot explain why the investigator showed zero interest in learning about infidelity.

Forensics and other clues can help learn why she would need to be deceptive, but she is deceptive.